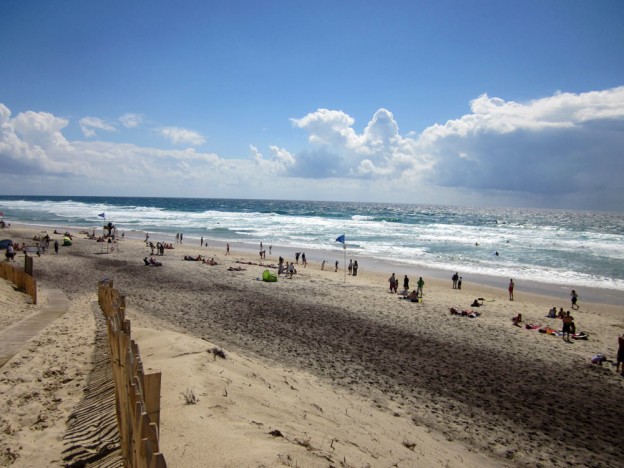 I’ve been back from my three week vacation in France since July 12th. Yet I was too busy (or lazy) to blog about it.
It was lovely, as always, the weather was so so, the waves were mostly good. The last week t got quite windy but at least we didn’t get sand blown in our faces 🙂 So all good.
I went jogging every other day which was soo nice and relaxing and amazing. Hearing the ocean and the chirrs of the crickets. Just lovely. We also enjoyed good food and lots of sweets and alcohol.
Let the photos talk… 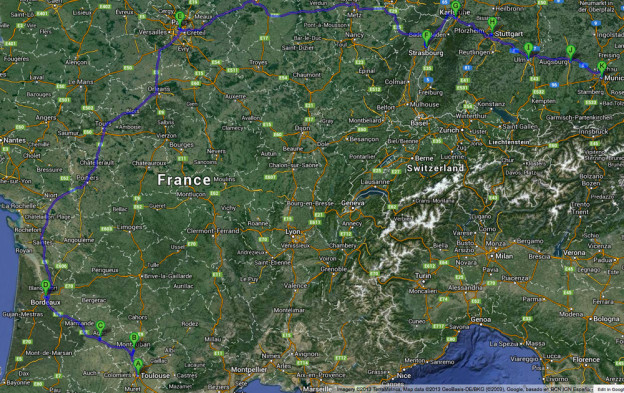 So, I’ve spent the last five days in France. One of the best things of Europe is: you’re in a different country in quite a short time (MOST of the times). My railtrip looked like this:

Unfortunately the way back from Toulouse on Sunday didn’t happen as planned, instead of riding to the Mediterranean I rode to the Atlantic (almost). 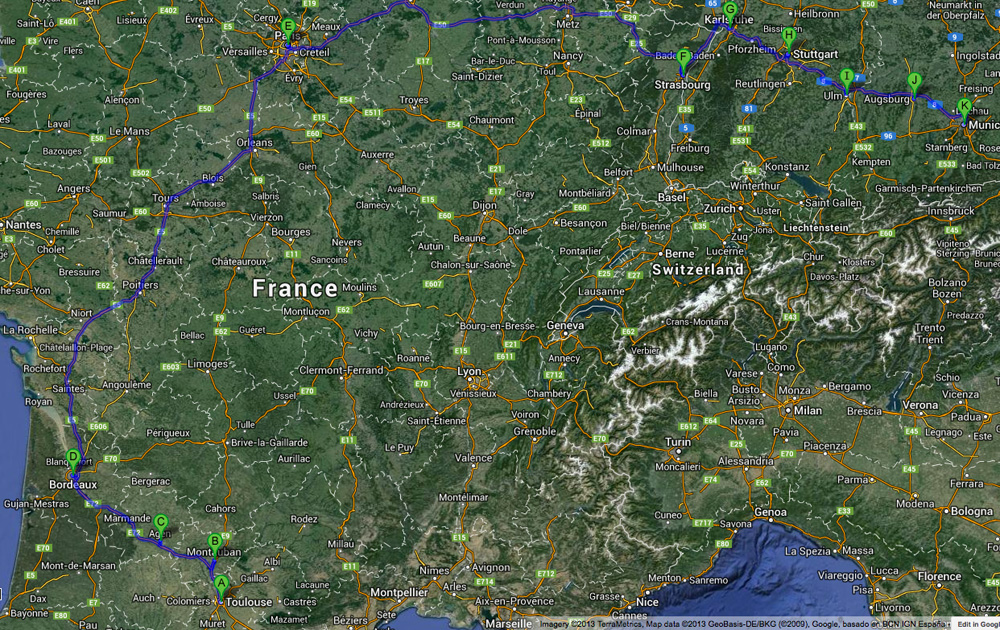 So, at 07:30 am I went to the information in Toulouse and asked my standard question “parlez-vous anglais?” (do you speak English) and after one hour very helpful French people booked a new ride for me, leaving Toulouse at 9am, heading to Bordeaux, then Paris, then Stuttgart, then Munich. The trip to Paris was good, in Paris though the next train to Stuttgart had technical problems and couldn’t ride at all (all the passengers were sitting in it already, we all had to switch to a different train then). So, arrived in Stuttgart one hour late, missed the train to Munich but luckily the ICE drove one hour later again. So, I arrived my beloved aparment this morning at 01:30am. So, on Sunday my trip was 18,5 hours long. 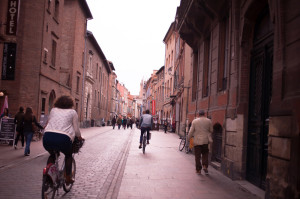 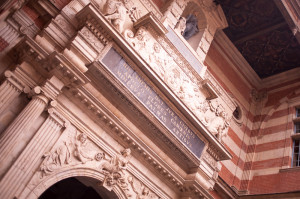 Seeing the trip to Toulouse was a business trip, Thursday and Friday were spent at the company and Saturday was spent looking at Toulouse. It’s a very nice city, a lot of narrow alleys, a lot of people downtown, a lot of different shops and food places. Toulouse is known as the pink city, so, I have to be a fan of it! 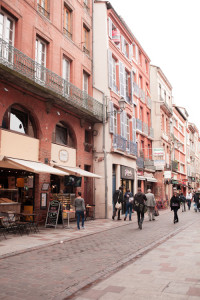 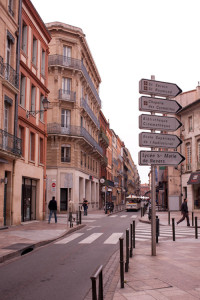 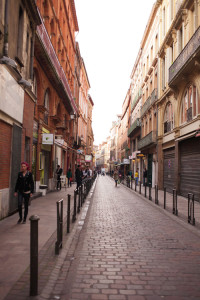 All the photos, to me, have a touch of pink.
We looked at some very impressive cathedrals as well. 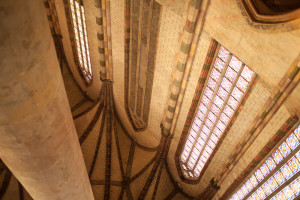 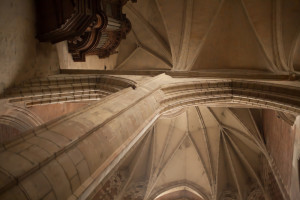 You stand there with your mouth open because the architecture is just WOW! In every cathedral there was either an opera singer or an orchestra playing music. Really relaxing. 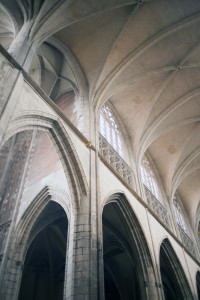 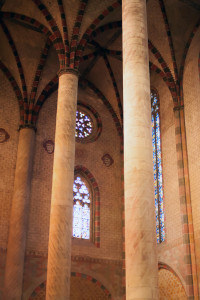 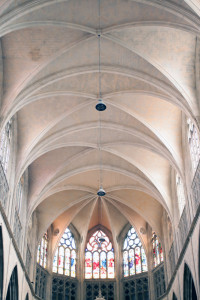 Toulouse is a nice city and if you haven’t seen it you can go and look at it, it’s worth a visit. One day, for me, was enough. Sure, if you have a whole weekend to look at the city you can make a boat/train/bus tour, you can look at different museums and at more sightseeing places. There’s always more to visit…

Seeing I had a stop in Paris on my way to Toulouse (1 hour, 15 minutes) and also an unplanned stop on my way back home (around 2,5 hours) I looked at the city a bit. Soooo pretty! It’s six hours by train from Munich so one day I’ll go there for a longer time. 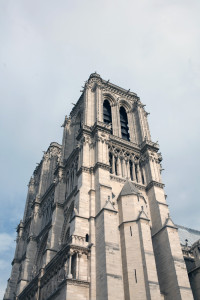 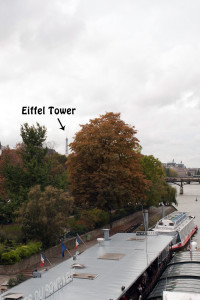 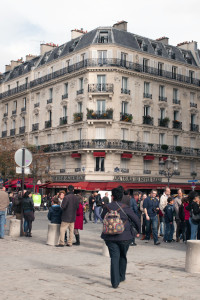 I did see the Eiffel Tower 🙂 Here, again: 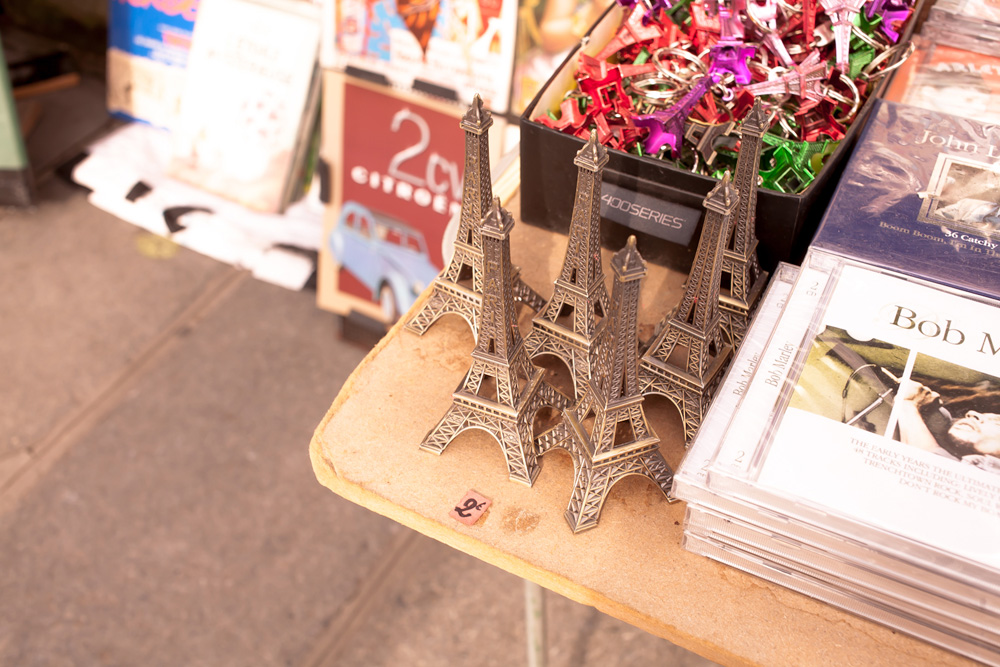 Paris was crowded, tons of people (of course I spent the time I had in the typical tourist places, so…), very nice buildings, lots of nationalities. I’m happy to start my French-course soon, because in France it’s almost not possible to be understood by people if you speak only English. A bit annoying at times that the French only speak French! Especially at “important” places like the information at the train station or the hotel which almost only has business people from all over the world. Why don’t they speak and understand English? Frustrating!

The food – oh my!
I’m not a fan of the French breakfast for sure. Baguette as the only available bread, ugh. I never eat white bread so… I also didn’t eat the baguette for breakfast. I ate cereal which I’m pretty sure was sugared, and nature yogurt with an apple. I ate applesauce the first morning but then read that it’s sugared too! The café au lait was good though. It seems like everything is sugared in France. We went out to eat that evening and I ordered salad and, what did I get with it? Two small baguettes with sugar on top! And I was like “Whaaat”??
http://youtu.be/smnMlmJykLE
On Friday evening, all the menu was in French, so, out of the 50+ items on the menu I ordered: a hamburger! How French, but the only thing I understood. It was very good and in Toulousian style, which means it had white beans on it.
When you order a beer or o coke, they don’t bring you that drink in a glass, no, you always get the can. So, on Thursday I had my salad and my beer in a can, but the glass I had was a wine glass!
http://youtu.be/smnMlmJykLE
So I could either drink the beer out of a wine glass (ok, I could post the Whaaat?! video again) or drink it out of the can. I did the latter. I never understood why the French kitchen should be such a good one?! I haven’t experienced it yet.

I’m happy to be back home but it was an interesting trip as well. 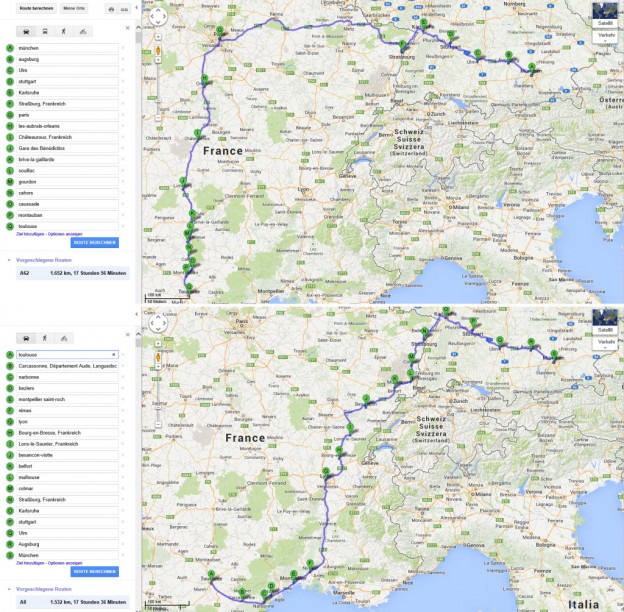 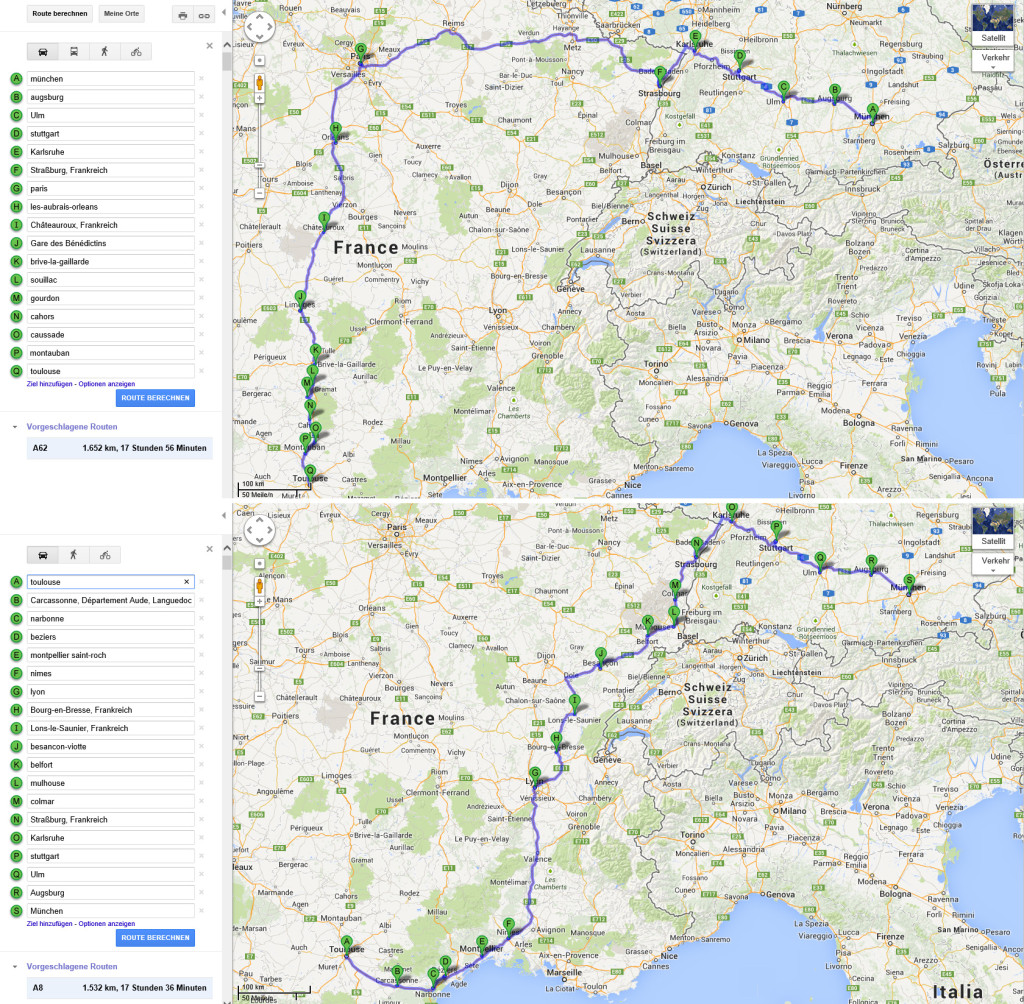 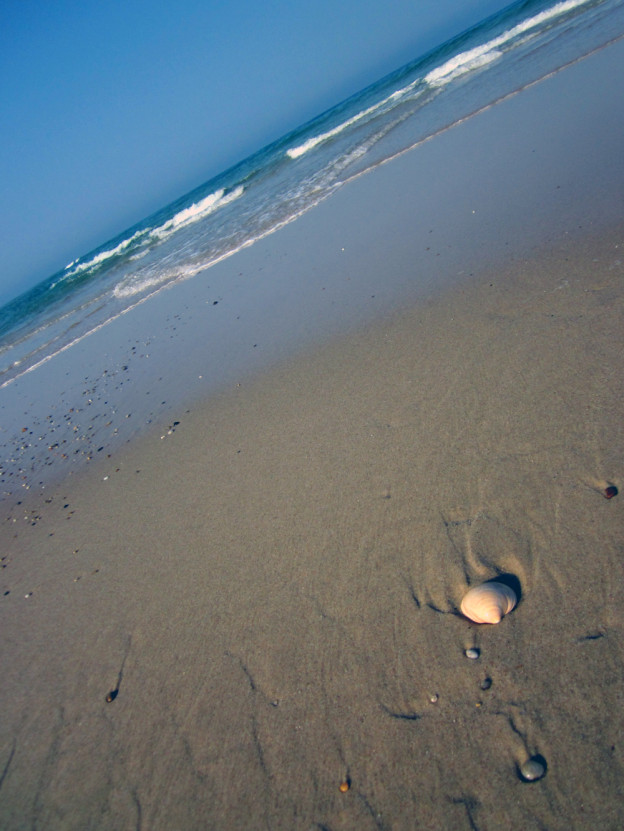 Back home from surfing in France. I’ll miss the beach and the Atlantic, I’m happy to be back home though as well and back with my family.
Somehow I always get the blues on vacation because I think I’ll miss something back home or that something has happened. Boo! Vacation is there to relax!

Surfing went well, again, my board was the prettiest on the whole beach 😉 It’s a pretty pink & white mini malibu from H.S.A.. This year we had quite a few days with no waves at all so we rented bikes on one day and a SUP the other day. Riding a SUP is ok, I can imagine it’s quite boring to do it NOT on the ocean but a lake.

I went “sea-shell-hunting” each morning and came back with a lot, but also with about 10kg of stones :). It’s like an addiction. I love finding sea shells (and pretty stones). 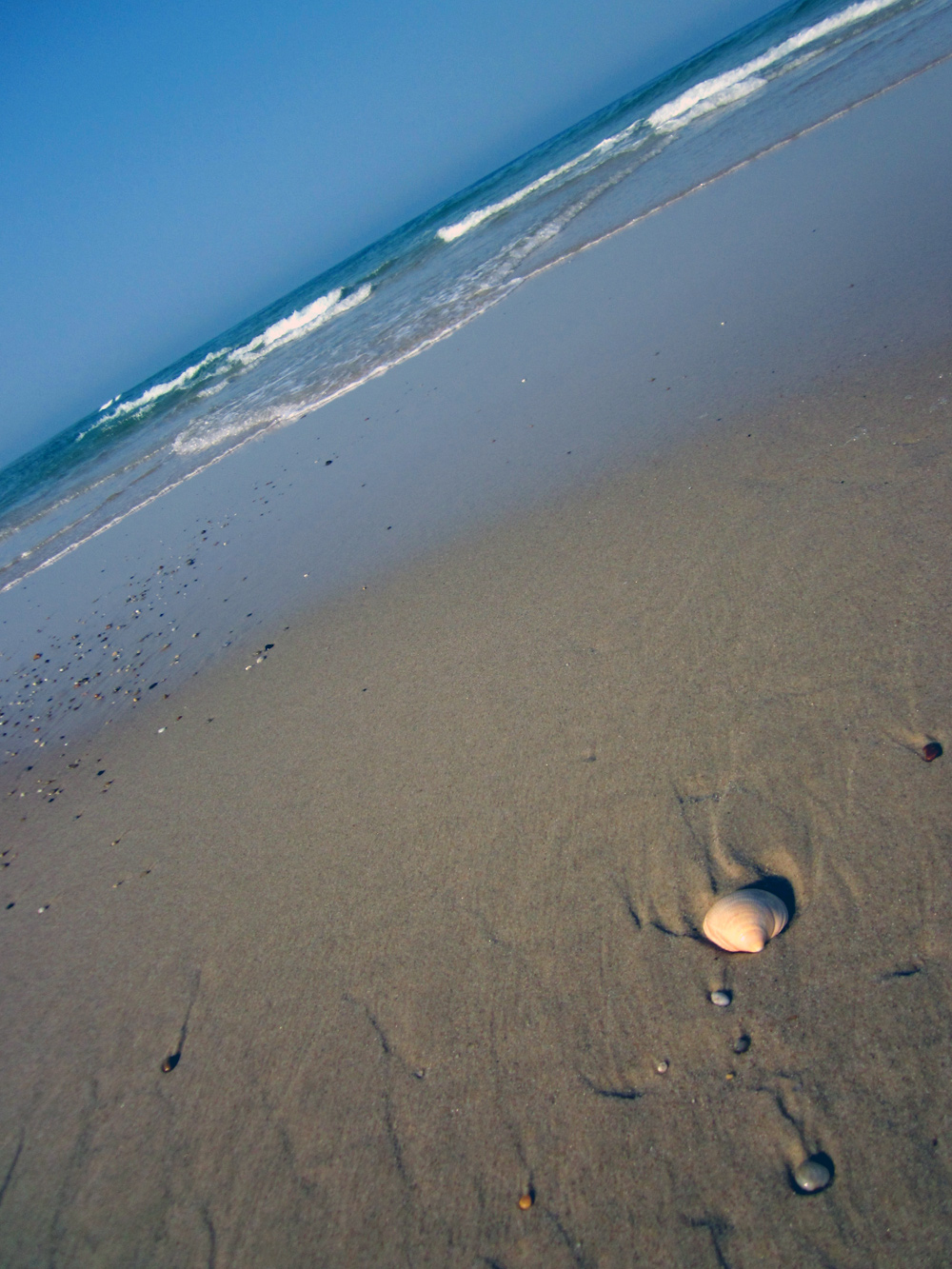 Food was great, we went out to eat three times, I had “moules” which are yum and a lot of wine. I also tried a lot of french pastries this year which are very yum!