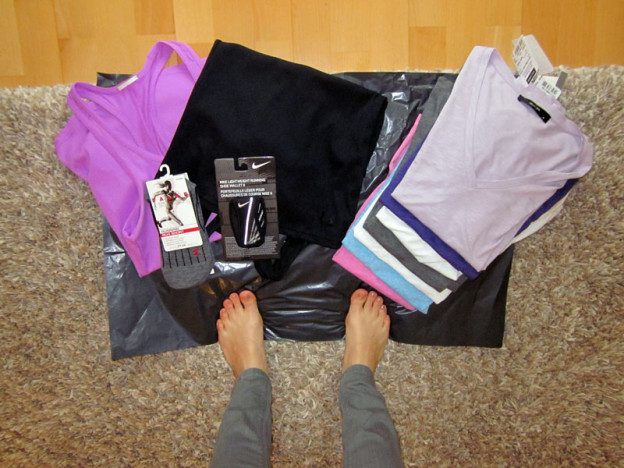 Today I went shopping, for clothes, which happens maybe once every two years. For regular clothes – not (only) sport clothes.
I did make the mistake of going to the sports department today, so I spent quite some $$ on sport clothes, which, of course, I really really need. Hey – Under Armour came out with new colors! 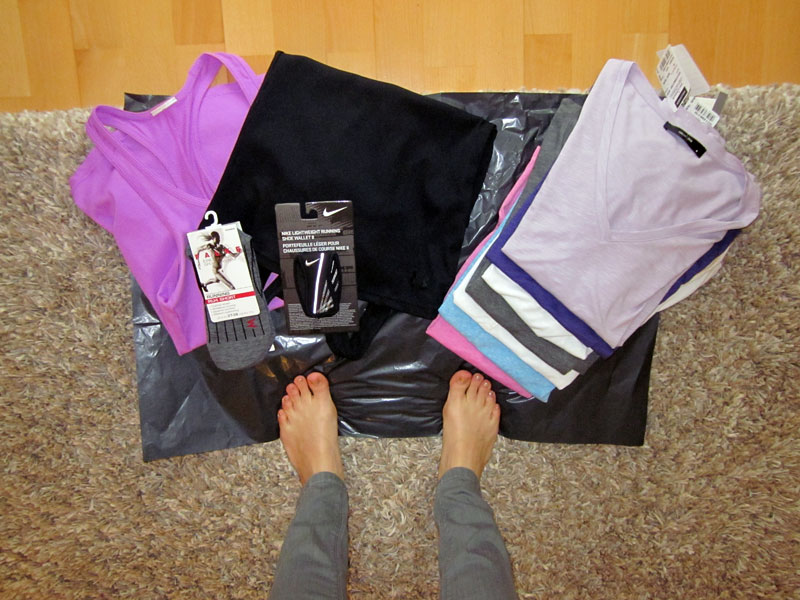 My closet has too many black t-shirts which annoyed me and got me all depressed. For spring I need colorful t-shirts so I went out to go hunting for colorful shirts. I bought a lot of colorful (well, one grey one but the cut was so nice – it’s a bit wider) t-shirts, some white ones because I’m just a jeans & white shirt girl. One Under Armour T-shirt in blue which I will wear not for sport.

I bought two sport tops, new running socks, a “tiny bag to put on your shoe” and that’s it in the sports department. I actually only wanted to buy the socks, but oh well, while searching for them I came across all the other pretty things.

After my big shopping tour (in only one store) I took the train to the east center station of the city and stopped by the newly opened Dunkin’ Donuts. 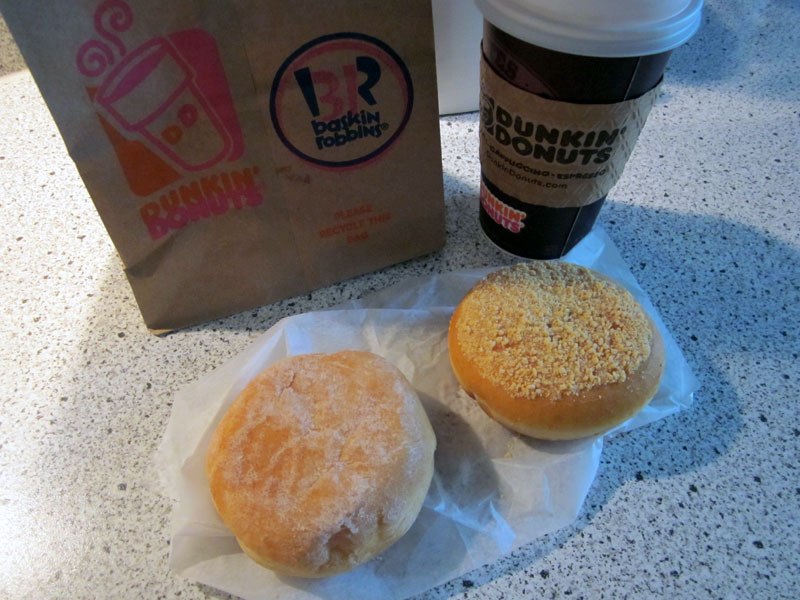 I was a bit swamped by the selection so I took a medium milk coffee (16 oz – wow, that’s almost half a litre!!) and a blueberry-crunch and apple-cinnamon doughnut. I was too scared to take one of their very colorful doughnuts.

Not that I ever went there while living in Austin, Texas, but I still wanted to check it out any eat something American :). While living in Texas I went to Baskin Robbins, Amy’s Ice-Cream, Starbucks, Dairy Queen sometimes… ah… the good American food, I miss it. But then again, if I’d have it here, I’d be fat. So it’s good that it’s far far away. 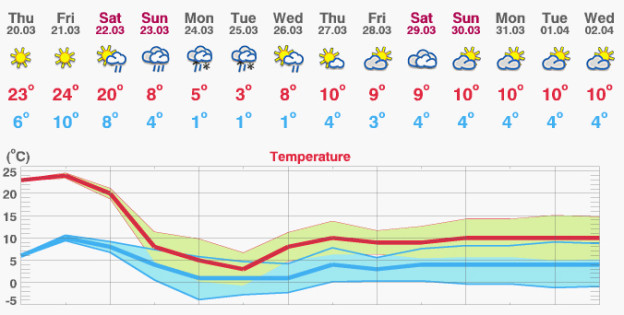 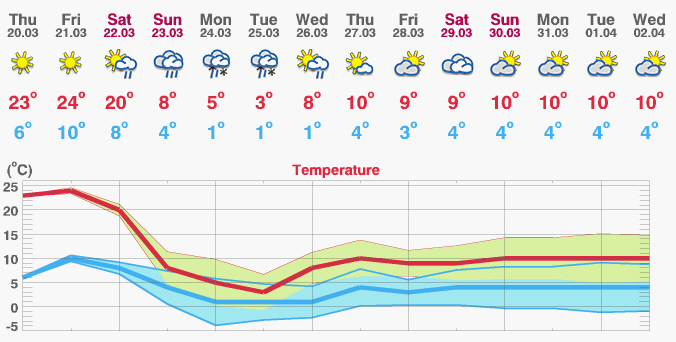 Amazing, over 20°C in March – that has never happened before. It’s Saturday today, I enjoyed the day yesterday with my bike and a stop at the Biergarten and Ice Cream Parlor and now I’m sitting on the couch reading and waiting for the rain (and snow?!?!) to come back again. Can’t wait till Spring is officially here.

8° Celsius on Friday?!?! That’s 46,4 Fahrenheit! And this at the end of May 🙁
I do hope that this is our late spring now and that from June on the summer will come.